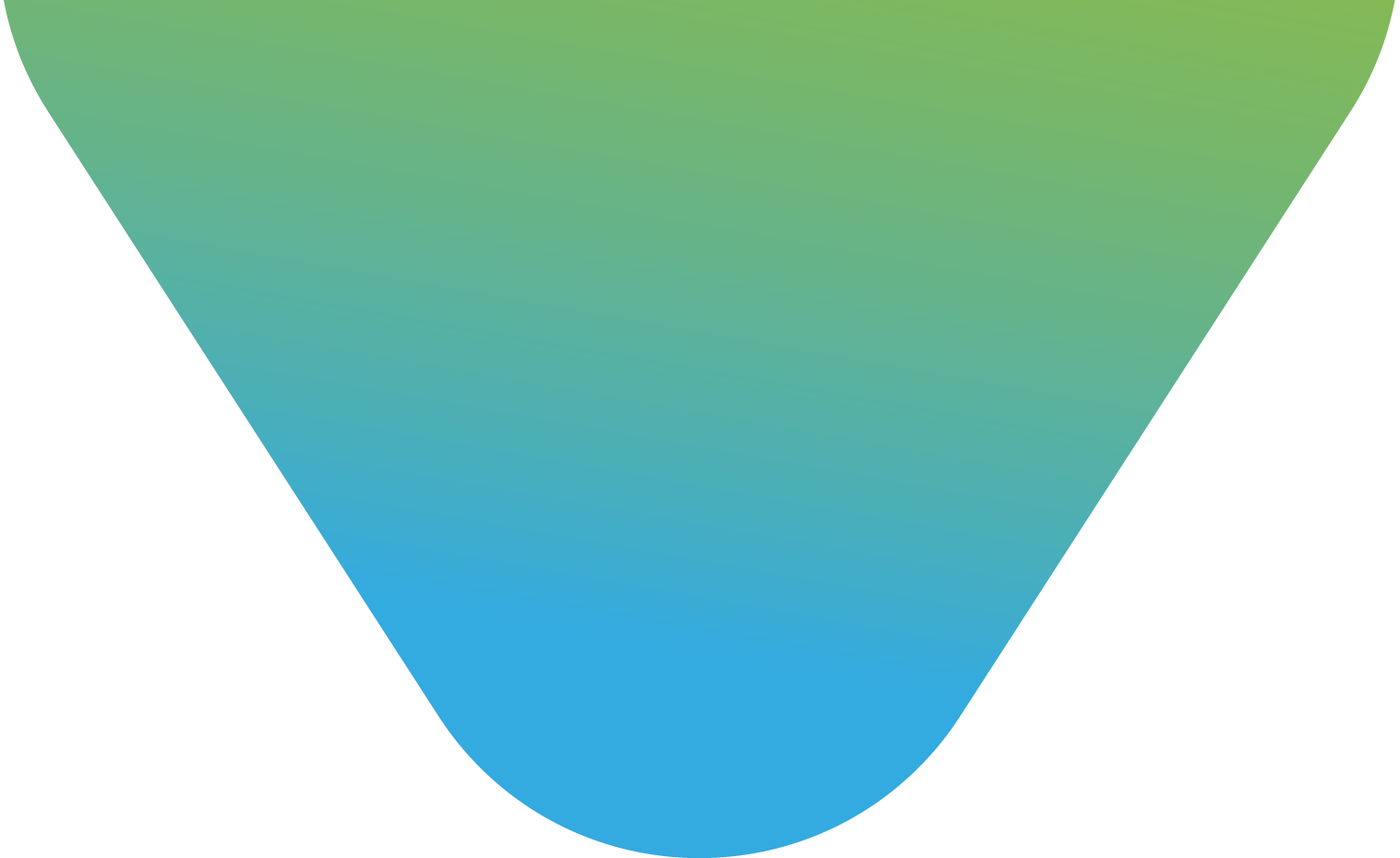 “We are pleased to have completed the recapitalization transactions and equity offering in April that have provided both an improved capital structure and necessary cash liquidity from the $ 75 million  gross proceeds received from Structured Alpha LP and Consonance Capital Management”, stated Mr. Kenneth Galbraith, Chief Executive Officer. “In addition, the Corporation expects to commence the previously-announced rights offering in the coming weeks, which could provide up to a maximum of $75 million in additional gross proceeds to the Corporation”.

“We made excellent progress during the quarter towards completing the necessary development work to permit re-filing of our Ryplazim™ (plasminogen) (“RyplazimTM ”) BLA before the end of 2019. In addition, our bioseparations business had an excellent quarter with revenue growth of 55% compared to the same quarter in 2018.”

“We look forward to reporting further progress on our business and R&D activities in the coming months and appreciate the continued support of our shareholders in helping to build a successful and focused global life sciences corporation, with the potential to address unmet medical needs of patients with serious diseases in multiple therapeutic areas of interest”, added Mr. Galbraith.

Total revenues for the quarter ended March 31, 2019 were $8.2 million compared to $4.3 million during the comparative period of 2018 which represents an increase of $3.9 million.

Revenues from the sale of goods were $7.8 million during the quarter ended March 31, 2019 compared to $3.8 million during the corresponding period of 2018, representing an increase of $4.0 million which was due to an increase in the sales of our specialty plasma collected at our plasma collection center in Winnipeg by $1.9 million and the increase of the volume of sales of goods from our Bioseparations segment by $2.1 million compared to the comparative period in 2018.

Cost of sales and other production expenses

Cost of sales and other production expenses were $4.4 million during the quarter ended March 31, 2019 compared to $4.8 million for the corresponding period in 2018, representing a decrease of $0.4 million.

Other R&D expenses were $10.0 million during the quarter ended March 31, 2019 compared to $15.4 million for the corresponding period in 2018, a decrease of $5.5 million. The decrease is mainly due to the reduction in pre-clinical and clinical trial activity in both the plasma-derived therapeutics and small molecule segments.

Administration, selling and marketing expenses remained stable at $7.6 million during the quarter ended March 31, 2019 compared to $7.7 million for the corresponding period in 2018 with consulting fees slightly declined offset by employee compensation expense increased.

Furthermore, the increase in finance costs are also due to the adoption of the new lease standard, IFRS 16, Leases (“IFRS 16”), under which lease liabilities are recognized for the discounted value of the future lease payments at initial adoption and with interest expense recognized over the term of each lease. The new standard was adopted using the modified retrospective approach and as such, the 2018 figures are not restated. Previously, the embedded interest component in each lease payment was recognized as part of the lease expense included in the various functions presented in the statement of operations such as cost of sales and other production expenses, R&D and administration, selling and marketing. The interest expense over the lease liabilities was $1.8 million in the quarter ended March 31, 2019.

The Corporation incurred a net loss of $28.8 million during the quarter ended March 31, 2019 compared to a net loss of $34.6 million for the corresponding period of 2018, representing a decrease in the net loss of $5.8 million. This is mainly driven by the increase in revenue from sales of goods of $4.0 million, the decrease in R&D of $3.2 million and the increase in the gain of foreign exchange of $2.9 million which is due to a lower USD/CAD exchange rate over the comparative period. This was partially offset by the increase in finance costs expense of $3.1 million in the quarter ended March 31, 2019 compared to the corresponding period in 2018.

Commenting on the 2019 first quarter financial results, Bruce Pritchard, Prometic’s Chief Operating Officer - International and Chief Financial Officer, stated, “Our focus on cost control continues with an improvement in all areas, with the exception of finance costs, over the same quarter of 2018. Clearly, finance costs increased as a result of the increased borrowing required to finance the Corporation in the absence of substantial new equity or business development deals since the first quarter of 2018.”

Following the completion of the review and prioritization of all programs and assets, and completion of refinancing transactions, the main priorities for the small molecule therapeutics segment are:

•         PBI-4050 – Prometic is planning to file an Investigational New Drug application to enable the commencement of the  phase 3 clinical study of PBI-4050 in Alström Syndrome during H2-2019.

•         PBI-4050 - Prometic is planning a randomized, placebo-controlled phase 2 clinical study of PBI-4050 in patients with Nonalcoholic steatohepatitis (“NASH”) to be initiated  later in the year, subject to receipt of further financing.

•         PBI-4050 – Prometic is planning a randomized, placebo-controlled, phase 2 clinical study of PBI-4050 in patients with idiopathic pulmonary fibrosis (“IPF”) to be initiated later in the year, subject to receipt of further financing

Following the completion of the review and prioritization of all programs and assets, and completion of refinancing transactions, the main priorities for the plasma-derived therapeutics segment are

•         Management and the Board of Directors engaged in a comprehensive strategy to improve the financial and business conditions of the Corporation and, in January 2019, commenced a process to explore and evaluate potential strategic alternatives focused on maximizing shareholder value, including potential acquisitions, joint ventures, strategic alliances, or other merger and acquisition or capital markets transactions as well as any other transaction or alternative available to the Corporation.

•         In February 2019, the Corporation engaged Lazard, a global financial advisory and asset management firm, to review and execute key strategic transactions focused on maximizing shareholder value. The Corporation has not set a timetable for this process, and there can be no assurance that a transaction will be entered into or consummated, or, if a transaction is undertaken, as to its terms, structure or timing.

•         In February and March 2019, the Corporation secured two additional tranches for a total of US$15.0 million from SALP under its existing credit facility with SALP.

•         The Corporation announced its intention to enter into a series of related arrangements to restructure Prometic’s outstanding indebtedness, reduce its interest and certain other payment obligations, and raise sufficient cash to build a robust balance sheet for the next phase of Prometic’s development.

•         The Corporation closed the recapitalization transactions and equity offering previously announced on April 15, 2019. Prometic received $75 million (approximately US$56 million) in gross proceeds from the equity offering led by Consonance Capital Partners and SALP and converted into equity substantially all of its indebtedness to SALP.

•         The Corporation announced Mr. Kenneth Galbraith as its CEO as well as the appointment of new Board leadership and structure in selecting Mr. Stefan Clulow as Chair of the Board and Prof. Simon Best as Lead Independent Director.

•         The Corporation implemented a new management structure to provide leadership to the Corporation and announced the appointment of Dr. Gary Bridger, Mr. Tim Wach and Mr. Neil Klompas to the Board of Directors.

Additional Information in Respect to the First Quarter Ended March 31, 2019

Prometic's MD&A and condensed interim consolidated financial statements for the quarter ended March 31, 2019 will be filed on SEDAR (http://www.sedar.com) and will be available on the Corporation's website at www.prometic.com.

Prometic also has leveraged its experience in bioseparation technologies to isolate and purify biopharmaceuticals from human plasma. The lead plasma-derived therapeutic product is RyplazimTM which the Company expects to file a BLA with the US FDA in 2019 seeking approval to treat patients with congenital plasminogen deficiency. The Corporation also operates a contract development and manufacturing operation in the United Kingdom, deriving revenue through sales of affinity chromatography media.

Prometic has active business operations in Canada, the United States and the United Kingdom.

This press release contains forward-looking statements about Prometic’s objectives, strategies and businesses that involve risks and uncertainties. These statements are “forward-looking” because they are based on our current expectations about the markets we operate in and on various estimates and assumptions. Actual events or results may differ materially from those anticipated in these forward-looking statements if known or unknown risks affect our business, or if our estimates or assumptions turn out to be inaccurate. Such risks and assumptions include, but are not limited to, the possibility that  the Corporation has to allocate proceeds to other uses or reallocate proceeds differently among the anticipated uses due to changes in project parameters, the ability of Prometic to develop, manufacture, and successfully commercialize value-added pharmaceutical products, the availability of funds and resources to pursue R&D projects, the successful and timely completion of clinical studies, the ability of Prometic to take advantage of business opportunities in the pharmaceutical industry, uncertainties related to the regulatory process and general changes in economic conditions. You will find a more detailed assessment of the risks that could cause actual events or results to materially differ from our current expectations in Prometic’s Annual Information Form for the year ended December 31, 2018, under the heading "Risk and Uncertainties related to Prometic’s business". As a result, we cannot guarantee that any forward-looking statement will materialize. We assume no obligation to update any forward-looking statement even if new information becomes available, as a result of future events or for any other reason, unless required by applicable securities laws and regulations. All amounts are in Canadian dollars unless indicated otherwise.